Krumm Attorneys was established on 1 September 2014 and specialises in all property related matters, including conveyancing and notarial registrations. Our extended services include fiduciary work, including the registration of trusts, drafting of wills, commercial contract drafting, registration of conventional, sectional and notarial bonds and antenuptual contracts. Our clients include private individuals, corporates, executors of deceased estates and many others.

The firm is headed by Charl Krumm who is professionally assisted by Simei Verster. Our support staff consists of Sarah Millward, Rita Hills and Donay Wessels.

Charl obtained his LLB degree from the University of Stellenbosch in 2005 and was admitted as an attorney in 2007 in the Transvaal Provincial Division of the High Court.  He commenced his clerkship at Symington & De Kok Attorneys in Bloemfontein and completed them with Savage Jooste & Adams Inc. in Pretoria where he practised in their insurance litigation department.  He subsequently re-joined Symington & De Kok Attorneys in Cape Town where he specialised in conveyancing and general litigation matters.  Thereafter he spent 6 years with PSG Konsult as a legal and compliance officer as well as the regional manager of the Western Cape until the end of August 2014. He then re-joined the legal fraternity and opened Krumm Attorneys.

He is a qualified conveyancing attorney, has a post-graduate diploma in financial planning and is registered as a compliance officer with the Financial Services Board.

Our vision is to be the attorneys firm of choice

for property owners, estate agents and executors of deceased estates in the Cape Town area. 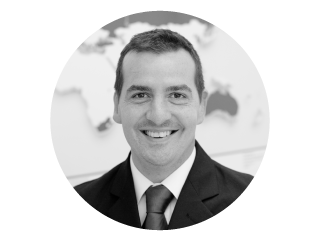